I had been teaching long enough to know better, but I said it anyway.

I’ve always enjoyed using stories, metaphors, analogies, and humor when teaching fifth graders, or anyone else for that matter. Creating word pictures helps concepts to grow from concrete to abstract. So, when I saw a few of my students struggling with the difference between proper and improper fractions, I said, “Improper fractions are when the big number is on top and the little number is on bottom. They’re top-heavy. You know, like Dolly Parton.”

Yeah, I know, not good. I immediately knew those words should have stayed in my mouth. Conviction got a hold of me as soon as I saw the astonished faces of all those 10-year-olds erupt into animated laughter. I imagined parent letters and reprimands, but thankfully those never came. I apologized to the kids and admitted I had chosen some very unfortunate words. That one comment has continued to follow me to this day, but NONE of my kids, not even the ones who hated math, missed a single question about improper fractions when it came test time. It was a memorable and unintentional mistake that stuck.

Unintentional hurtful words we sometimes speak to those we love also have a way of sticking. They may be held out as pleasant-smelling flowers, but they hold the potential of becoming bouquets of stinky weeds.

There’s an old saying about many a truth being said in jest. When someone unknowingly pulls the triggers on our negative emotions, it’s easy to shoot back with not-so-humorous jabs in an attempt to defend our hearts.

Recently, a friend who has earned the right to speak truth over my life confronted me with a couple of careless comments I had made. They were completely unintentional, but harmful just the same. I apologized and thanked her for helping me see how I’d hurt her. She was more than gracious with her forgiveness, and we are good again. Yet, I knew that buried beneath my attempt at humor lay a hurt that caused me to come up swinging. I knew the Spirit would eventually help me out. Sure enough, it was that old familiar feeling of insecurity that I thought I had slayed.

It’s never enjoyable to be confronted by a friend, but it may be even harder to be the one to who does the confronting. There’s always a risk that things will go south and never be the same. Worse yet, a friendship might dissolve. On the other hand, spiritual growth has a chance to blossom. While one learns lessons in speaking the truth in love, the other learns from their mistakes. Both the giving and receiving require humility and love.

Proverbs 27:17 (NLT) says, “As iron sharpens iron, so a friend sharpens a friend.” Even though a few sparks may fly, the benefits of staying sharp far outweigh the risk. If you’ve been hurt by a friend, love them enough to let them know. If you’re the one who’s done the hurting, listen and look for the lesson your mistake will teach you. None of us are immune from careless words, but all of us can turn unintentional mistakes into lessons of love worth remembering.

“A single rebuke does more for a person of understanding than
a hundred lashes on the back of a fool.”
(Proverbs 17:10, NLT) 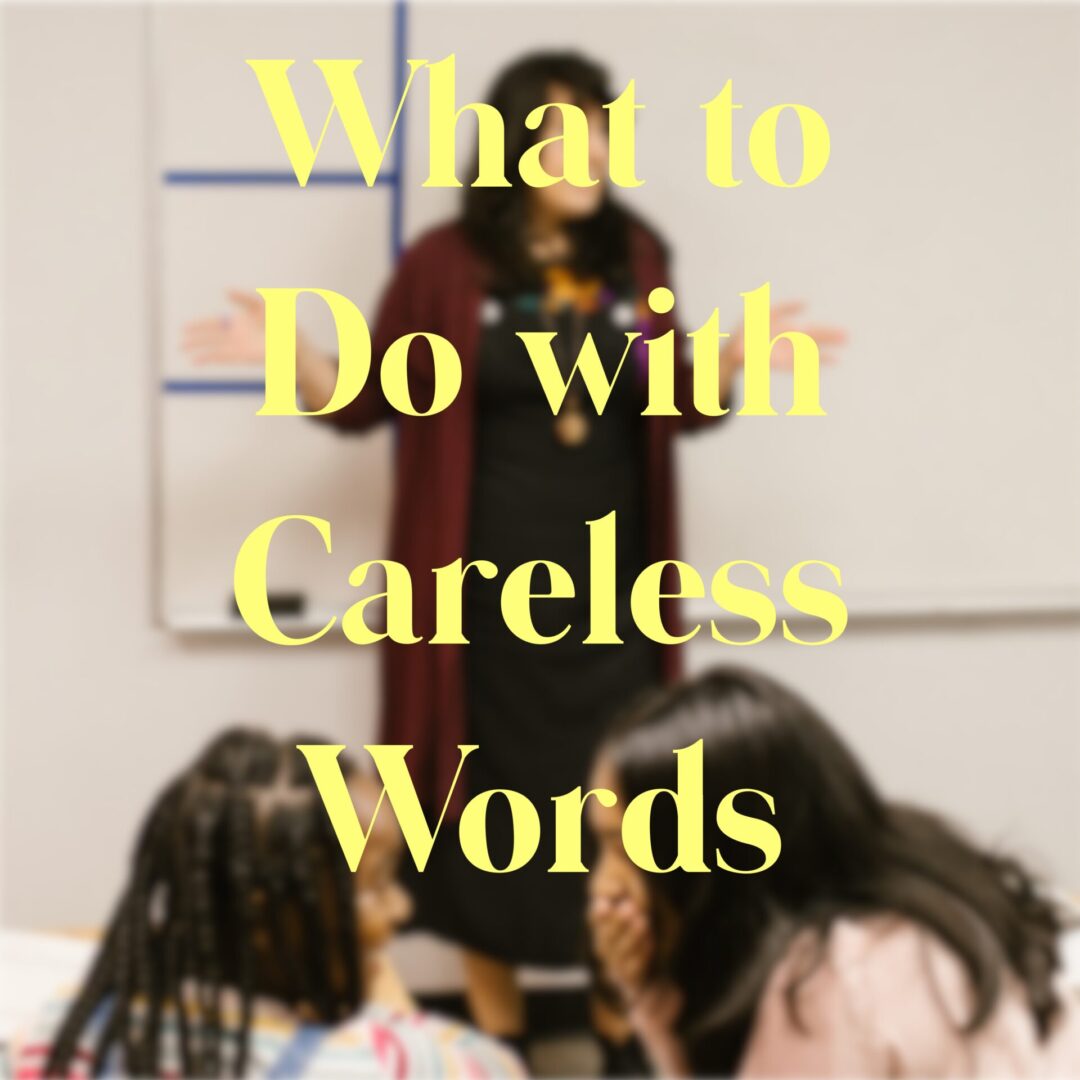