The summer of 2014, while I peddled my latest book at a Christian conference vendor table, Ron attended one of the many breakout sessions. (Each of us continued to make our own way through the process of Finding More.) Rarely, have I seen him with a deer-in-the-headlights look. Yet, that was the expression he wore as he made his way back to me.

“I’ve just heard something I’ve never heard before. You’ve got to go hear this guy!” He rambled on for another minute or two. Without taking a breath, he sputtered “I don’t even know how to explain it!” Finally, I managed to squeeze in a question, “What are you talking about?”

Slowly, he unraveled what he remembered about Edward Fudge’s talk on “Rethinking Hell.” Since I couldn’t leave the book table, I ordered the CDs of his two talks. I’ve listened to them numerous times and kept his thoughts about hell simmering on the back burner in my mind as I journeyed through the Bible each year since. (Links to these talks are at the end.)

I grew up believing, like many of you, that if we don’t follow Jesus we will go to hell and be continuously tormented forever and ever. I backed up my thinking with the story of the rich man and Lazarus in Luke 16. I believed all souls were immortal, and the threat of hell motivated people to live godly lives. I never wanted to believe God would make us in His image only to torture us forever in the fires of hell. Yet, this was my understanding – until I learned more.

Like Adam and Eve in the Garden, we all get to choose between endless life with an amazing God or being eternally separated from Him and completely destroyed in hell’s eternal fire. God respects our decision, and His justice always prevails.

Contrary to many traditional views, the Old Testament has lots to say about what happens to the wicked. In Psalm 37 alone, we find many of the words often used throughout Scripture to describe the fate of those choosing death. The wicked (according to the Christian Standard Bible translation):

Psalm 68:2 says, “As smoke is blown away, so you blow them away. As wax melts before the fire, so the wicked are destroyed before God.”

Isaiah 26:14 says, “The dead do not live; departed spirits do not rise up. Indeed, you have punished and destroyed them; you have wiped out all memory of them.”

In the New Testament, the word for hell (gehenna) is used only 12 times; once by James when he says the tongue is itself set on fire by hell. Jesus used it the other 11 times. Perhaps, the most revealing of all these is Matthew 10:28, “Don’t fear those who kill the body but are not able to kill the soul; rather, fear him who is able to destroy both soul and body in hell.”

When speaking of immortality, the Bible always talks about the saved and never the lost; the immortal soul is always the whole person and never a floating spirit separate from the body; and immortality is bestowed by God in the resurrection and never inherently given to everyone. At the final judgment, the wicked will be consumed and destroyed forever by a fire that is eternal.

The idea of an immortal soul for everyone was a pagan invention. As Greek philosophers were converted to Christianity, they brought into the church the doctrine of the immortal soul. Paul, however, told Timothy that God alone is immortal (1 Timothy 6:16), but He has brought life and immortality to light through the gospel (2 Timothy 1:10).

So, what about the rich man and Lazarus? Historians believe this parable is not unique to Jesus. He may have borrowed it from the rabbis which would have helped Him make His point to the Pharisees who were listening and scoffing at Him. In fact, at least seven versions of this parable have been found in literature of that time period. Looking at this story in context, Jesus is not teaching about heaven and hell. He is making a point about the importance of stewardship and taking care of the poor. At best, Lazarus and the rich man were in Hades (referred to as Sheol in the Old Testament). Hades is the unseen realm of the dead – a type of waiting room for either heaven or hell. Again, Jesus was not teaching about the final judgment.

If I could only choose two verses on this topic, they would be these:

“For the wages of sin is death, but the gift of God is eternal life!” Romans 6:23

“For God so loved the world that He gave His one and only Son, so that whoever believes in Him will not perish but have everlasting life!” John 3:16

In an effort to motivate people to believe and obey, many preachers and teachers still believe it’s vital to preach hell, fire, and brimstone as it relates to perpetual torment. The apostles certainly didn’t think that! Fear is never an effective long-term motivator. Throughout the book of Acts, early Christians found something much better to inspire faith – the gospel of Jesus. The messages delivered by the apostles in the book of Acts were spontaneous descriptions of what the Spirit had done and continued to do. The fresh, new element conveyed by the apostles was the victory of life over death found in Jesus alone. They taught that the only way to have eternal life was by believing and trusting in the only One capable of granting immortality to the soul. The choice was, and still is, amazingly simple – life or death.

Now blink. You have that deer-in-the-headlights look. You may not agree with any of this. When it all soaks in, you may still believe in never-ending punishing rather than a permanent (eternal) punishment. However, no matter what, I can assure you that rethinking hell automatically forces you to rethink your life in Christ. In Edward Fudge’s book Hell: A Final Word, he concludes:

“The bottom line, which I remind myself every day, is that this whole enterprise is not about me anyway. It is about God and His character and glory and praise. When we remember that, and act accordingly, there are no limits on what he can accomplish.”

The main thing I’d like to encourage all of us to thoughtfully consider is whether or not our lives testify to the wonder, joy, peace, and thrill of God’s presence. Do we make our relationship with God so inviting that those who don’t yet have one want one? Since those without Jesus will most assuredly be forever separated from Him at the judgment, do they even know what they will be missing? Have we shown them how wonderful life in Christ really is in the here and now? Moreover, do we share our hope in the wonder of heaven? Do they know how desperately we want to maintain our friendship with God? Do we graciously join hands with all other Jesus followers as the unified church whose mission is to simply love God and love others?

If the Jesus whose birth we celebrate this week has placed a new song in your mouth, sing out! If the Jesus who came to earth to make you right with God showered you with grace, celebrate! If the Jesus who filled you with His Spirit turned your mourning into dancing, embrace Him! Let others see what they might miss without the love of God, the grace of Jesus, and the fellowship of the Holy Spirit. Let’s make this unusual 2020 Christmas one with an extra special reason for the season! 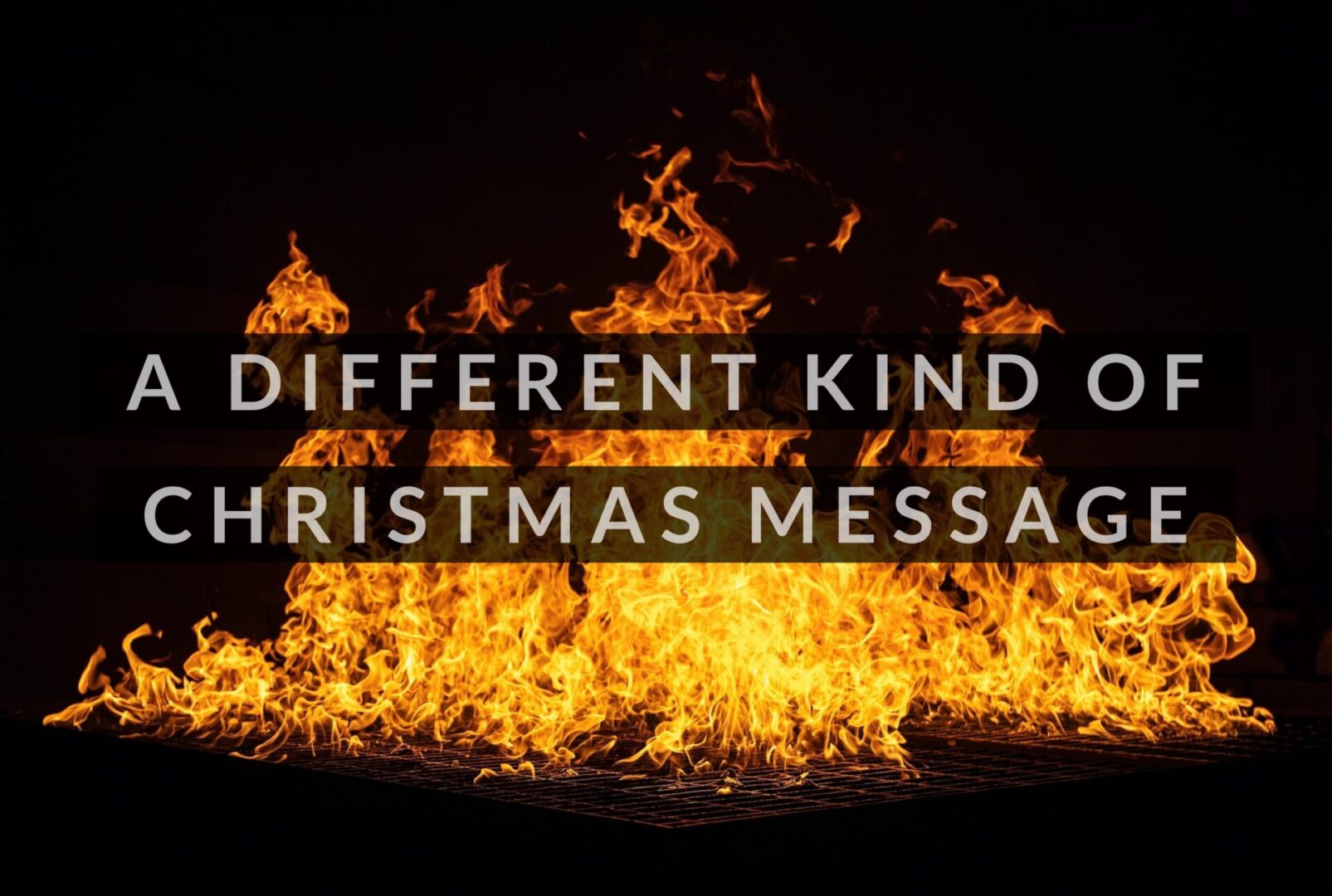