The Samaritan woman didn’t know she was being set up by God. She woke up that morning next to a man she hoped would somehow make her feel significant. The last few years, all she felt was shame for failing at love so many times. That shame led her to the well to draw water in the heat of the day while the more pious women sought the comfort of the shade. The broiling sun scorched her skin with less intensity than the judgmental glares and behind-the-hand whispers charred her soul.

When she woke up that morning, she had no idea she was about to meet the man who would provide all the significance she would ever need. She would have laughed at the thought of being the one chosen to become the town crier, inviting the whisperers to “Come, and meet the Messiah!” (John 4:29)

The thief on the cross didn’t know he was being set up by God. Though I feel certain he surely trembled in fear as he carried his cross, he and his buddy felt they deserved the blows of the soldier’s hammer. But, the third guy? He was completely innocent. After the hammer clanged the spikes into the blameless man’s hands and feet, He asked for forgiveness for the soldiers! What kind of man does that?

A righteous indignation rose up in the thief as his partner in crime scoffed at the innocent man hanging next to them. Humbled by his own guilt, he stuck up for this new friend, “Don’t you fear God even when you’ve been sentenced to die? We deserve to die, but this man hasn’t done anything wrong. Then he said, “Jesus, remember me when you come into your Kingdom.” (Luke 23:41-42) Never in two thousand years would the thief on the cross have believed that his confession of faith would be so long preserved as a significant message of grace for a guilty world.

The apostle Paul’s nephew didn’t know he was being set up by God. All he knew was that his uncle was in big trouble and he had to do something fast. It wasn’t easy being in Paul’s family. Many considered him to be a radical defector. After all, how can a man who had so zealously followed Jewish rules and traditions suddenly transform into a Jesus-following Christian? Had he forgotten his upbringing? Had he let these new teachings about grace replace his established belief system?

Paul’s nephew had no time to wrestle with all of that. He’d overheard 40 men swear to not eat or drink until they were rid of Paul once and for all. He felt convicted to overcome his fear and let Uncle Paul know about their evil plot. Had he not been in position to hear the plan and act courageously, Paul would never have had the opportunity to share his testimony with Festus, Felix, Agrippa, or all those who listened in. The people on Malta would have missed the influence of Paul and their healing. More importantly, Paul might never have made it to Rome, the crossroads of the world, where he boldly proclaimed the Kingdom of God and taught about Jesus for two years. (Acts 28:30-31) Only in eternity will Paul’s nephew understand the significance of overcoming his fear.

How is God setting you up right now? What could you overcome that might open the door to your eternal significance?

I’m beginning to see that true significance might not be as hard as I’ve always tried to make it. It might simply be a matter of taking our eyes off of the things holding us back and being available when God places us in the right place at the right time. Have we tried so hard to be all things to all people that we’ve taken our eyes off the individuals standing right in front of us?

The Samaritan woman overcame her shame. The thief on the cross let Jesus take away his guilt. Paul’s nephew found courage in the face of fear. Though each of them continues to play a significant part in the faith of every believer, not one of them was specifically named … and I’m glad. I believe for one reason or a thousand, we can all say:

“I am the shameful, but redeemed Samaritan woman.”

“I am the guilty, but forgiven thief on the cross.”

“I am Paul’s fearful, yet empowered nephew.”

The more we value Jesus’ significance in our hearts, the more significant our lives become without us even trying. My prayer is that on this side of eternity God will reveal ONLY enough of our worth to encourage us to press on. On the other side, however, may we be introduced to a long line of people whose lives were changed simply by seeing Jesus living in us.

“Let us run with endurance the race God has set before us. We do this by keeping our eyes on Jesus, the champion who initiates and perfects our faith.” (Hebrews 12:1-2, NLT) 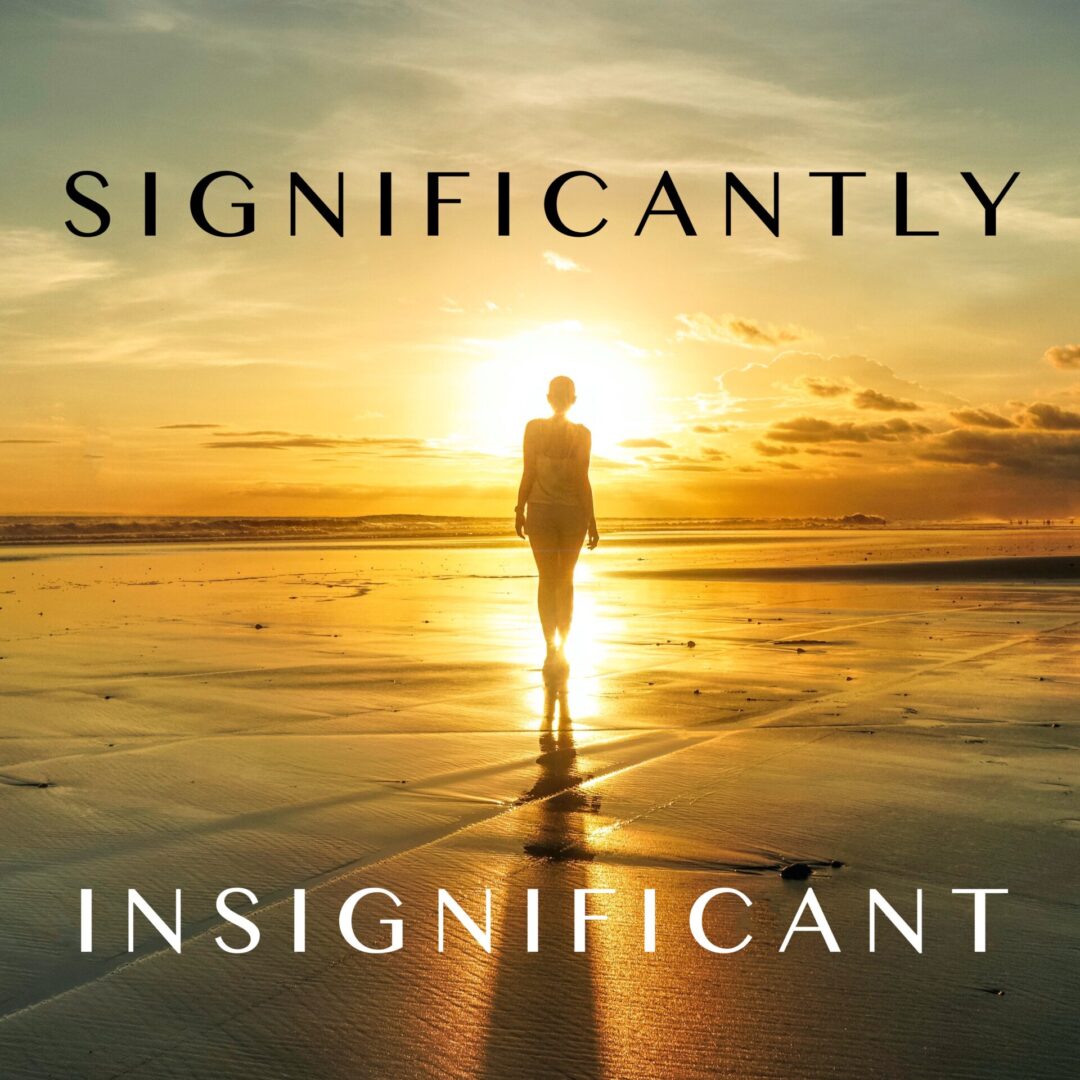