Skip to content
Rejected
October 25, 2022/Donna Jackson/Comments Off on Rejected

After the construction of the Florence Cathedral was completed in 1436, overseers commissioned Agostino di Duccio to create a statue of David to be mounted in one of the niches high atop the massive cathedral. The much-too-inexperienced Duccio traveled to Carrera, Italy to purchase a colossal block of marble for the project. Once the marble finally arrived in Florence, Duccio decided the marble he had selected contained too many flaws for him to work around. He promptly gave up on the project. Ten years later, Antonio Rossellino accepted the challenge. After chiseling out a large crevice, he too rejected the marble because of its imperfections. However, at the age of 26, Michelangelo accepted the commission to create David out of this rejected piece of marble that had weathered the elements for 35 years.

We may never know his true motivation for accepting the challenge to create such a masterpiece of human perfection from a rejected block of stone. Yet, we do know Michelangelo was no stranger to rejection. Early in life, his broken nose never healed properly. In a poem, he wrote, “I know I am ugly.” He admitted that his crushed nose gave him “the look of a beggar.” He often felt rejected because of his appearance. Sometimes, the things that weigh most heavily on us are the things that propel us toward our greatest achievements.

Because rejection can be so sneaky, it is one Satan’s most weighty and effective tools. Small cracks of rejection may be created merely by an unaccepted invitation, a phone call not returned, or poorly chosen words. When few and far between, these cracks can be smoothed over with grace and forgiveness. However, when rejection begins to form deep crevices in our emotions we start to wonder what’s wrong with us – especially when we believe the ones swinging the hammer are the ones we love most.

Before we let rejection create a great divide in our relationships, perhaps it’s a good idea to take another look at Michelangelo’s David. Most artists up until that time had depicted the David and Goliath scene with David either standing victoriously over the slain giant or holding his severed head in his hand. Yet, the David Michelangelo saw within that block of rock was not one of final victory, but rather one of decision.

I doubt many of us will live our lives without tasting at least the dust of rejection. However, we can arrive at a monumental point of decision right now. We can decide who our real enemy is. It is not the people around us. It is that Roaring Lion hoping to devour us; the Father of Lies; the Accuser; the Deceiver; the Evil One; our Adversary. I pray that we are all much too empowered by the Holy Spirit to give Satan the pleasure of wreaking havoc in our emotions for one more minute.

The completed statue of David stands with his weight on one foot, a stone in his right hand, and a sling slung over his left shoulder. His furrowed brow and set eyes seem to set the tone for his response to Goliath’s taunting. “You come against me with sword and spear and javelin, but I come against you in the name of the Lord Almighty, the God of the armies of Israel, whom you have defied.” (1 Samuel 17:45 NIV) That is the posture and position we should take against rejection. It will not defeat us because we know what is encased inside of us. We house the perfection of Christ. We are not yet perfect, but we are being made perfect. Within us is the Spirit of the One who was despised and rejected, the stumbling block who became the Cornerstone for heaven’s sake! Jesus knows how we feel. That’s why He gave us His Spirit. We have the same power that raised Him from the dead living inside us. What have we to fear?

Could our greatest achievement be this moment of decision?

Hear the words of David:

“The one thing I ask of the Lord – the thing I seek most – is to live in the house of the Lord all the days of my life, delighting in the Lord’s perfections and meditating in his Temple.” 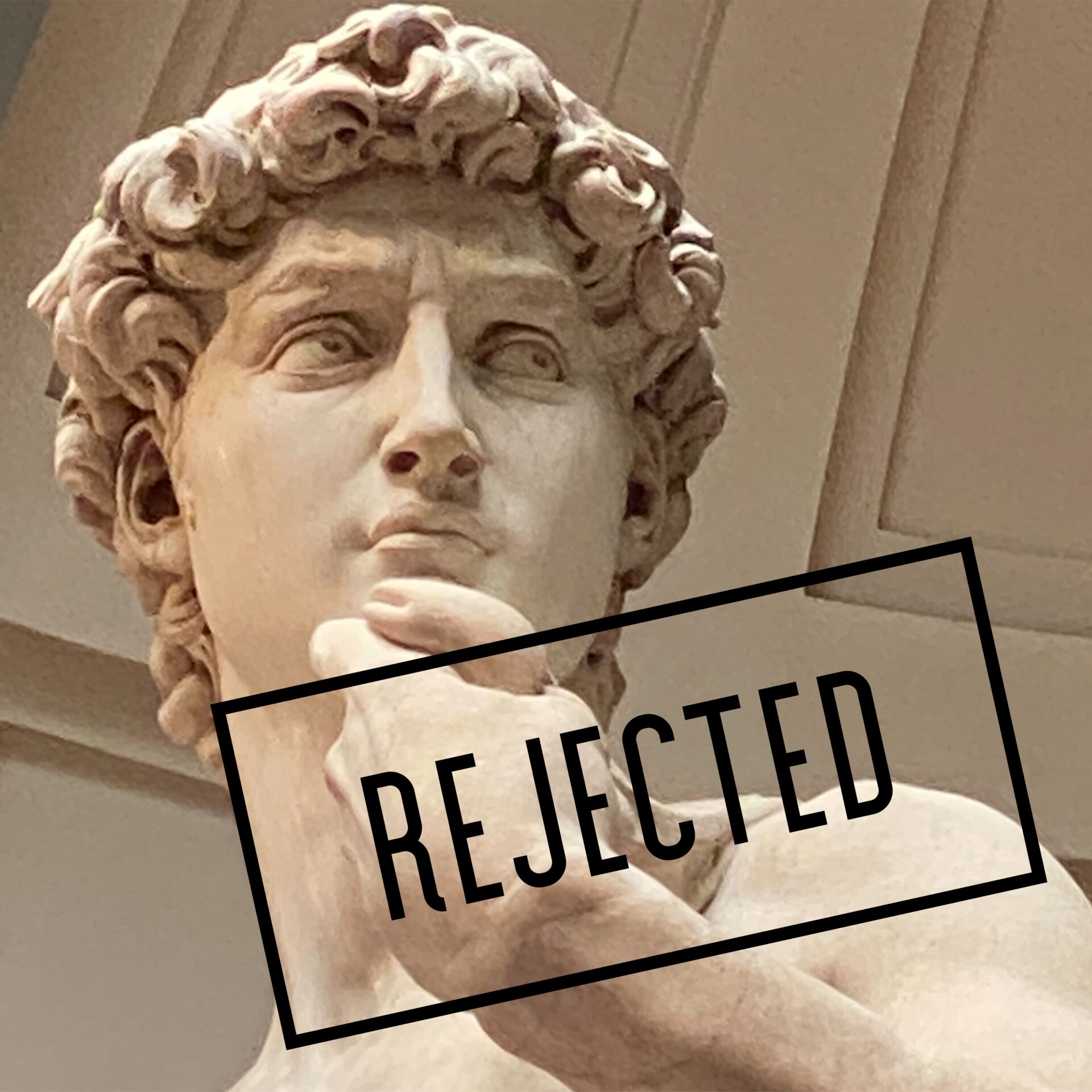 When my friend Kim’s text popped up, I opened it with a quick click. Staring back at me was my own little face back in the spring of my life. I could see she had attached some sort of video, but the whirling circle in the middle of those chubby childish cheeks refused to stop…

The woman I spoke to when booking our trip to Italy had been there several times. She shared valuable nuggets of information that provided us an easier and more enjoyable trip. Since we decided to rent a car, one suggestion she offered made me laugh. She said, “Do NOT drive in Rome. If you don’t…

After the construction of the Florence Cathedral was completed in 1436, overseers commissioned Agostino di Duccio to create a statue of David to be mounted in one of the niches high atop the massive cathedral. The much-too-inexperienced Duccio traveled to Carrera, Italy to purchase a colossal block of marble for the project. Once the marble…

After flying nine hours from Italy, our plane neared New York so we could make our connecting flight to Atlanta. I leaned over Ron to see what his nudging elbow and pointing finger insisted I see. Skyscrapers stood at attention surrounded by a landscape of blazing fall color. I smiled knowing we had escaped the…

Beneath the Tuscan Sun

When she walked out wearing an apron with a towel flung over her shoulder I knew we were in for a special treat! It had been much too long since I had seen my friend Kim Whitaker. Meeting up with her again in her new part-time home in Italy made our visit most spectacular.  For…

What If’s and If Only’s

It was twilight, and he needed to be alone. God calling his father home had been an emotional journey. He needed the stillness of the night to quiet his raw emotions and reflect on all that had happened. Joseph wearily laid back on the soft grass admiring the many stars in the sky. He often…

My grandparents lived in my college town long before I became a student. They made sure that I knew their house was my home. Even though they’ve gone on to their new eternal home, being back in that town still feels like home.   Wandering from street to street wakes up sweet memories. Traveling just a…