I was reminded a couple of weeks ago that I shouldn’t be so hesitant about sharing my most life-changing Jesus story. I can finally admit that my hesitation to share it comes from knowing how I would have received it several years ago. I would have thought it to be a fanciful tale birthed out of a wild imagination. Most likely, I would have responded (silently, in my own head of course) much like Festus did (out loud) when Paul recounted his Blinded-by-the-Light Jesus story to King Agrippa, “Paul, you are insane. Too much study has made you crazy!” (Acts 26:24)

However, I’ve been encouraged by those who consistently enjoy spending time in the presence of Jesus. They readily accept my story as a God-given vision. So, I’m going to swallow hard and finish up this series on Jesus’ miracles with one of my own. But first, I’d like to set the stage so that you might find your own takeaway.

Jesus died, of that the disciples were certain. However, most astonishingly, they knew He was alive. They had seen His scarred hands and feet. Thomas had even felt them and placed his hand into the wound in His side. Best of all, “He breathed on them, and said, ‘Receive the Holy Spirit.’” (John 20:22 NLT)

Just three years earlier they began following Jesus because they believed Him to be the Messiah who would free them from Roman oppression. After listening to His teaching and watching Him heal, they slowly began to understand that He had come to offer a different kind of freedom; one that would cast their sins as far as the east is from the west. This freedom would be based on God’s love, Jesus’ sacrifice, and the Spirit living inside them.

But now that Jesus had risen, what were they supposed to do? They were beginning to realize that their newly resurrected Rabbi expected more from them than they thought they were worthy or capable of giving. After all, Peter knew he had denied even knowing Jesus just to save his own hide. Thomas refused to believe that Jesus had been raised from the dead until he had actual proof. And what about Nathaniel, James, John, and the two others with them? They all had reasons to doubt their own worthiness.

A whirlwind of events had stirred the disciples’ emotions ever since Judas betrayed Jesus. So many questions. So many uncertainties. As this motley group of seven walked and talked along the edge of the Sea of Galilee, Peter blurted out, “I’m going fishing.”

As the sun rose above the water, Jesus waited patiently for them on the beach. Maybe the early morning mist blurred the image of the man. Maybe His scarf prevented them from quickly identifying Him. “[The man] called out,’Fellows, have you caught any fish?’ ‘No,’  they replied.”

“Then he said, ‘Throw out your net on the right-hand side of the boat, and you’ll get some!’ So they did, and they couldn’t haul in the net because there were so many fish in it.” (John 21:4-6 NLT)

Hearing that command to “cast your net on the other side” gave John his first hint in identifying the voice. Soon, the heavy fish-laden net sealed the deal. He couldn’t help but remember the first time he met Jesus. Same place. Same command. Same result. It was definitely Jesus! Wasn’t it was just like Jesus to create an object lesson using fish to call a group of fishermen? He always seemed to meet people where they were so they could more easily relate to Him.

Peter, still the impetuous one, jumped into the water and pulled the loaded boat to shore. Jesus knew they were coming, and He was prepared. “‘Now come and have some breakfast!’ Jesus said.” (John 21:12) There’s nothing like having Jesus meet you where you are and giving you what you need.

That’s exactly what Jesus did for me. February of 2018 began a year I have often referred to in the most derogatory terms. My soul felt like a rubber band on the verge of snapping in two or popping someone between the eyes. I was stretched thinner than frog hair split four ways. Every month brought with it a new overwhelming challenge that threatened not only my sense of worth, but also my faith. Like Thomas, I needed proof from Jesus – proof that He loved me even though my mind was a depressed mess and I had a hard time knowing how to show love to others.

By August, I was a wreck emotionally and physically. If you’re not there now, I’m sure you’ve been there and can relate. If you’ve never been there, well … you might consider this a fanciful tale too hard to believe.

My sweet husband knew I couldn’t take much more, so he loaded me up and drove me to the beach. (He knows me well, but He listens to the Spirit well too.) For three full days, I just sat on the beach either watching the waves roll in and out or napping. I read no books. I listened to no music. Then, on the third day, I woke up in my beach chair. Without raising my head, my eyes slowly focused on a barefoot man dressed in jeans wearing a white t-shirt. He sat on the sand near the water’s edge with His eyes closed and His face pointed toward the sun.

Unlike the disciples, I knew this was Jesus without Him saying a word. He turned His face toward me, smiled, and said, “You know I love you, right?” For some reason, at that moment, I knew He really did. I answered back, “Yes, but do you know how much I love you?” Then, he came closer, sat next to me, and gently raked my hair away from my eyes with the tops of his fingers. Wasn’t it just like Jesus to create a moment that reminded me of my grandmother’s love so I could relate to His? Then He quietly whispered, “You just need to rest”. We talked about a couple more things that were on my mind, and I found the peace I’d desperately asked for.

I go back to that day on the beach with Jesus when I’m tempted to forget He’s in control. It sometimes takes a few days or weeks to sort things out, but just knowing Jesus loved me enough to show up when I was ready to give up reminds me to rely on His strength to handle all of life’s frustrations.

I go back to that vision every time I offer up my thankful praise in worship. As endless waves of love roll over me, I find the joy that sustains me throughout the week.

I instantly replay that beach scene every morning during my quiet time. There is no better way to start the day than knowing you’re loved by Someone who enjoys spending time with you. Feeling like we matter offers the very best reassurance.

I love all of Jesus’ miracles, but the one He crafted for this self-centered ole girl changed me as surely and as powerfully as the water He changed to wine. You may be thinking, “I’ve had hard times too. Why hasn’t Jesus shown up for me?” Oh, please hear me. He has! Humbly take a real look around your life. Have there been those who showed up or spoke up unexpectedly at just the right time? Have you been rescued time and time again and attributed it to your own skill,  coincidence, or luck? On the other hand, have you turned down help or love from others while boasting, “I’ve got this!” All it takes to see Jesus is a heart willing to cry out to Him with ALL your hurt, time spent in the Word reframing that hurt, and then slowing down long enough to humbly listen to the Spirit who willingly transforms every surrendered heart.

Do you see Him? Close your eyes. Picture Him. He’s smiling at you. Hear Him saying, “Now come and have some breakfast. You know I love you, right?”

“Love each other. Just as I have loved you, you should love each other.
Your love will prove to the world that you are my disciples.”
(John 13:34b-35 NLT) 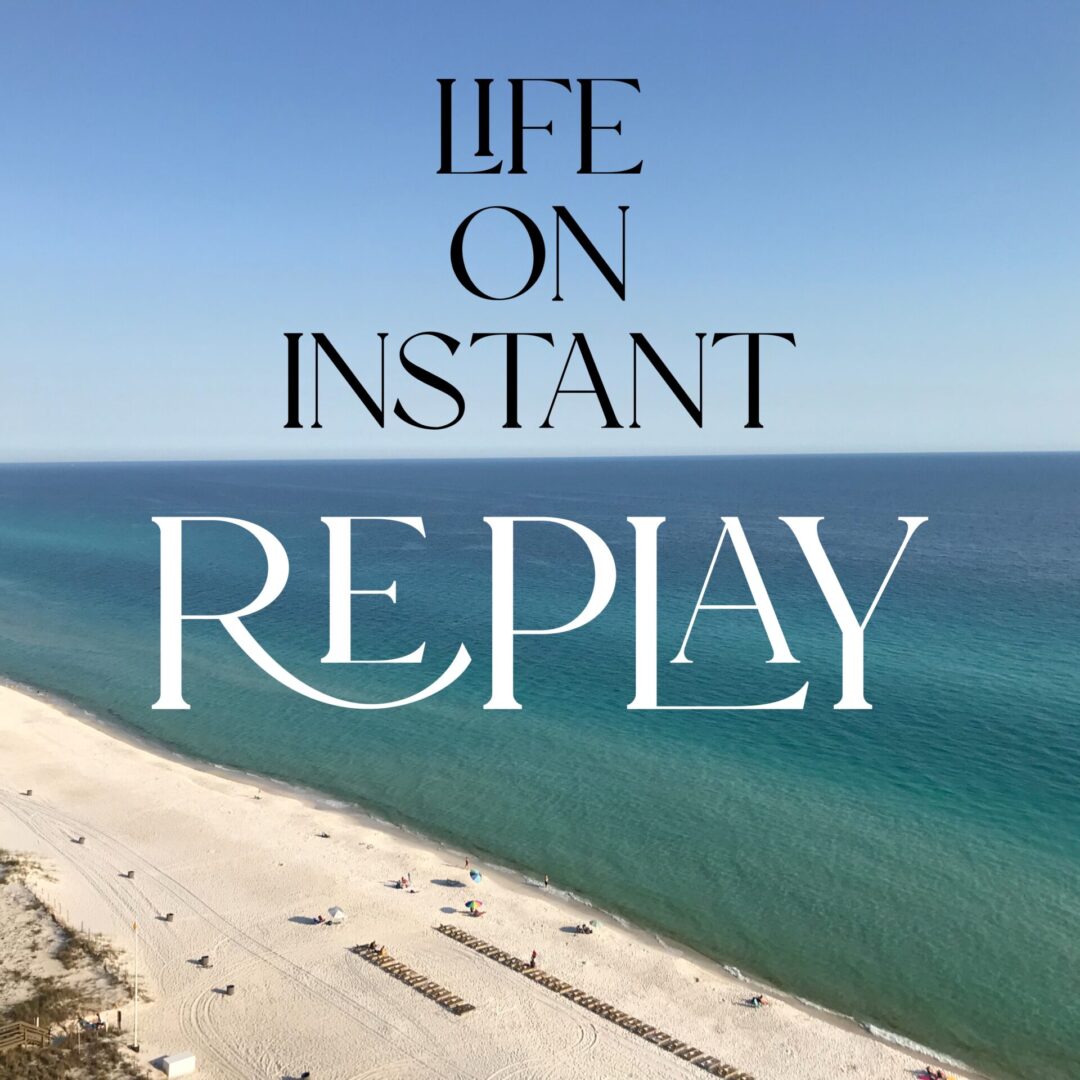