Do you recognize the name Peter Halajian? At 26, Peter moved to Naugatuck, Connecticut from his native homeland of Armenia. His job at a thriving rubber plant allowed him the flexibility to pursue his dream of one day owning his own fruit and candy business. After work he and his two daughters made sweet treats and sold them door-to-door. They soon became known for their high-quality creations, and business picked up quickly. After just five years, Peter achieved his dream of becoming self-employed. Customers found his last name hard to pronounce, so he legally changed it to its English equivalent, Paul. By 1912, Peter Paul opened his third candy shop and his brother-in-law Cal Kazanjian joined the business.

During World War I, candy makers were commissioned to provide chocolate bars for the soldiers. Doughboys in the trenches in Europe benefited from having such a convenient, high-energy, long-lasting food. After the soldiers returned home, these candy bars remained a great source of enjoyment and comfort. Peter and Cal’s enterprise grew quickly, along with their dreams and ambitions. In order for them to move forward, they persuaded four close friends and relatives to invest in their business.

As a result, the Peter Paul Manufacturing Company was born. Their core values set them apart from the competition: “Give customers fresh, quality candy and top value for their money.” While they offered a variety of sweet treats that became popular, it was eventually the Mounds bar that became the favorite. It became such a hit that keeping up with the demand became harder and harder since manufacturing was laboriously time-consuming. In 1922, a new factory was purchased and the future looked brighter than ever. By 1930, the company developed innovative machinery to meet the ever-growing demand, and production took off.

While many companies floundered during the Depression, Peter Paul’s company took a significant risk proving they had not forgotten they were servants of the public. They promised to offer the same exact product for whatever the public could pay. They prospered from the wholehearted support of the public.

World War II challenged the growing company once again after the Japanese overtook the Philippines – the company’s source for coconuts. They took a tremendous risk by buying and sending seven small boats to the Caribbean for loads of coconuts, all the while evading German submarines. A lack of coconut, sugar rationing, and chocolate shortages caused other companies to resort to using lesser quality ingredients and fillers. Once again, Peter Paul refused to lower its quality or raise prices. They adhered to their original core values of fresh quality at top value. In fact, Cal Kazanjian promised, “We will make Mounds the right way, or we will close the company down until we can.”

Once again, the U.S. military became their best customer and the company packed five million candy bars into combat rations every month. After the war, Almond Joy became popular and was marketed alongside the Mounds bar with the famous tagline, “indescribably delicious”.

It’s that tagline that kept sticking in my mind as I wrestled with describing the massive amount of joy that comes from being set free in Christ. I know I’m not alone in my inability to express it properly because it seems the apostles Peter and Paul found it just as frustrating.

In 2 Corinthians 9:14-15, Paul referred to God’s surpassing grace as “His indescribable gift.” The New Living Translation says it this way: “Thank God for this gift too wonderful for words!” If you’ve experienced grace and freedom, you know precisely how that feels!

In an effort to encourage Jewish Christians scattered by persecution, Peter got personal by reminding them, “You love [Jesus] even though you have never seen Him. Though you do not see him now, you trust him; and you rejoice with a glorious, inexpressible joy.” Peter had seen Jesus in the flesh. He watched Him perform miracle after miracle. He listened to everything He had to say. He was in Jesus’ inner circle for crying out loud, and he still betrayed Him. But Jesus loved him anyway. Jesus forgave him anyway. Jesus went to the cross for him anyway. Peter absolutely understood inexpressible joy – and so do I.

I’ve tried describing inexpressible joy using words and phrases like effervescent, jumping out of my shoes, overwhelming, a heavy load lifted, energizing, reviving, extraordinary, etc. No superlative sings nearly loud enough to do the job justice. Instead, what I’ve decided is that it’s our lives that are meant to do the talking when it comes to indescribable joy.

I want to live a life that proves I’ve not only tasted and experienced joy, but I’ve digested something unique and incomprehensibly sweet. I refuse to let Satan get the best of me again! By remaining true to our core values of loving God and loving people, others will want to taste and see for themselves that the Lord is good and His “mounds” of mercy are everlasting. Our indescribable joy will fix our eyes on the future even as we endure hardships. We will see our struggles as the events that propel us into the presence of God and bring us peace. At times, we may need to be innovative, risk being transparent, join hands with other joyful people, or streamline our many efforts in order to inspire others to truly experience the joy of the Lord. No matter what, we can be sure that “the joy of the Lord is our strength.” (Nehemiah 8:10)

Jesus gave us good advice: “This is what I want you to do: Ask the Father for whatever is in keeping with the things I’ve revealed to you. Ask in my name, according to my will, and he’ll most certainly give it to you. Your joy will be a river overflowing its banks!” (John 16:24, The Message)

Lord, we’re asking! In Your name! Let us never be satisfied with lesser ingredients or fillers when it comes to experiencing Your joy. Overflow our hearts, especially in the hard times. Let others witness our joy and realize this kind of joy only comes from trusting in You. 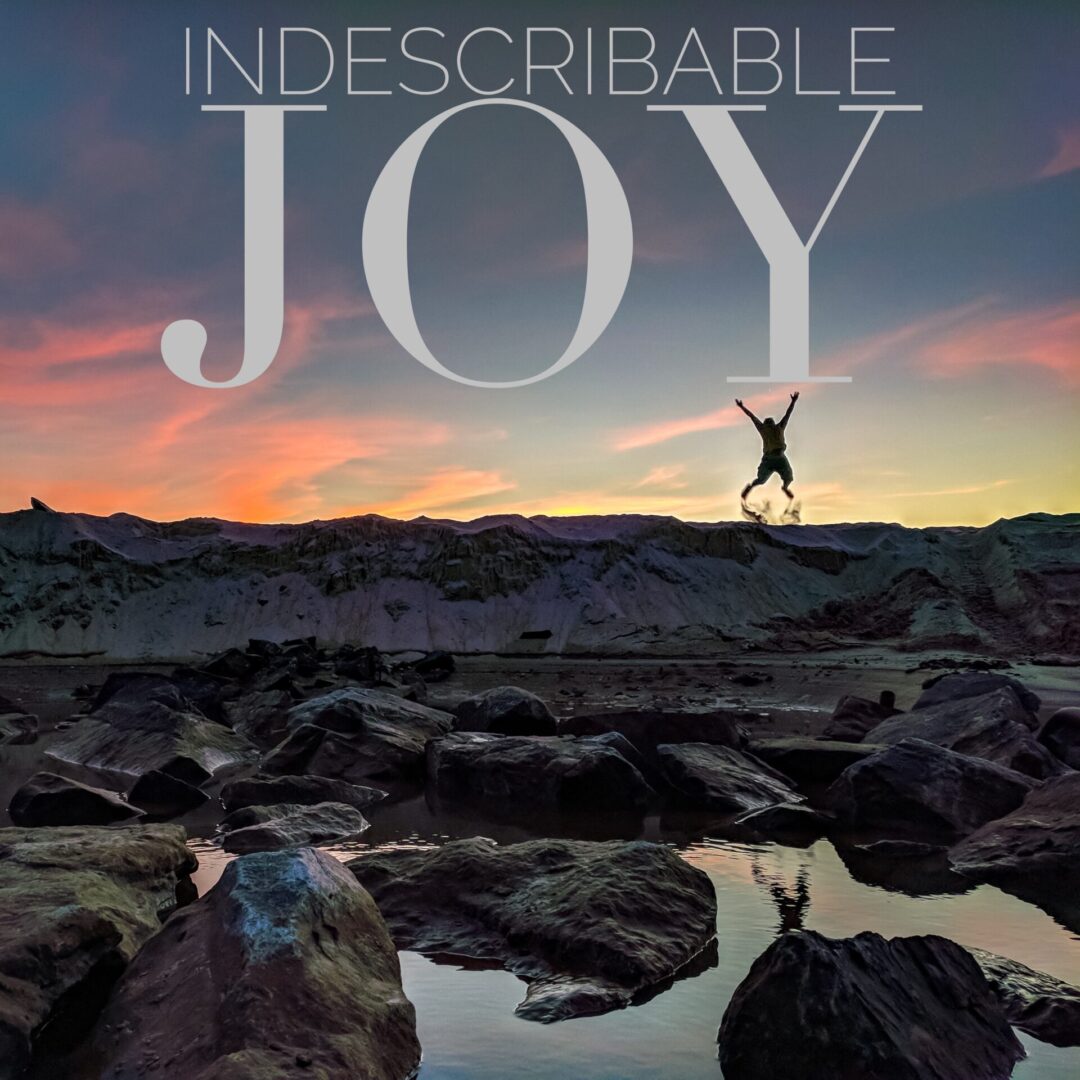